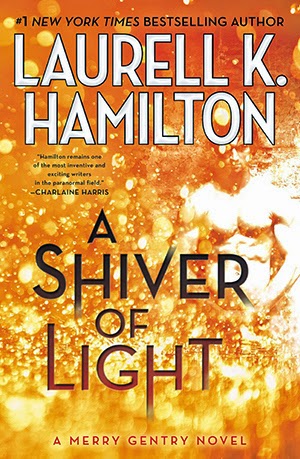 
I am Princess Meredith NicEssus. Legal name Meredith Gentry, because “Princess” looks so pretentious on a driver’s license. I was the first faerie princess born on American soil, but I wouldn't be the only one for much longer...

Merry Gentry, ex–private detective, now full-time princess, knew she was descended from fertility goddesses, but when she learned she was about to have triplets, she began to understand what that might mean. Infertility has plagued the high ranks of faerie for centuries. Now nobles of both courts of faerie are coming to court Merry and her men, at their home in exile in the Western Lands of Los Angeles, because they will do anything to have babies of their own.

Taranis, King of Light and Illusion, is a more dangerous problem. He tried to seduce Merry and, failing that, raped her. He’s using the human courts to sue for visitation rights, claiming that one of the babies is his. And though Merry knows she was already pregnant when he took her, she can’t prove it.

To save herself and her babies from Taranis she will use the most dangerous powers in all of faerie: a god of death, a warrior known as the Darkness, the Killing Frost, and a king of nightmares. They are her lovers, and her dearest loves, and they will face down the might of the high courts of faerie—while trying to keep the war from spreading to innocent humans in Los Angeles, who are in danger of becoming collateral damage.


*Sigh* Like with her Anita series, the constant off topic or inappropriate rambling tends to get to you. For example, Frost gets hurt and Meredith is worried about him. Something happens with Mistral and the weather so Meredith kisses him to calm him down. THEN all of a sudden she HAS to tell him that she cant have 'intercourse' with him because she just had the babies (which she has already said like 20 times in the last couple chapters) and goes on to say she can do 'oral and hand' on all her men. Then people start talking about who will get to go first, who will give it up and wait, etc etc... Oh yeah Frost is hurt, she lets him rest in bed and goes to the extra room with the lucky two winners. Laurell also tends to go into detail about inconsequential matters or things she just went into detail about in a chapter or two before. It becomes repetitive and ruins the flow of the story.

I wish I could say the storyline made up for this but the fact is that sex, talking about the views on bi/gay men and their polyamorous lifestyle is pretty much the only thing happening in SHIVER OF LIGHT. Huh, I guess I had more to say about this than I thought. 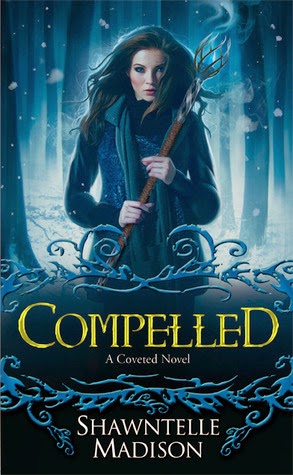 For the past five years, Natalya Stravinsky has dreamed of two things: to rejoin the South Toms River werewolf pack and to be reunited with Thorn Grantham. Fate may have brought the pack back into her life, but unless she journeys to Russia to save Thorn, the love she’s found may be lost again. For a stubborn werewolf like Natalya, no distance is too far, no magic spell too complex to master, because one way or another she will find a way to have everything she has ever wanted.


Beautiful cover! I really enjoyed the previous books in the Coveted Series. After KEPT I was excited to see what would happen now that Natalya and Thorn were finally together. Unfortunately a good bit of COMPELLED took place with them apart and when they were together it was away from the pack and while Thorn was deathly ill.

Overall there was a lot of character growth and Natalya did a lot of self learning but I missed her family and friends and I was really hoping to have them more involved in clan life now that the happy couple was finally together. 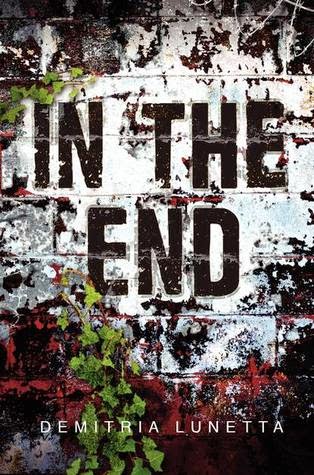 
The thrilling conclusion to In the After, the survival story of Amy and Baby, set in a near future where Earth has been overrun by vicious, predatory creatures.

It’s been three months since Amy escaped New Hope, and she’s been surviving on her own, like she did in the After. Until one day, her former fellow Guardian’s voice rings out in her earpiece. And in a desperate tone, Kay utters the four words Amy had hoped she would never hear: Dr. Reynolds has Baby.

Now it’s a race against time, for Baby is in imminent danger, her life threatened by the malevolent doctor who had helped start the end of the world. In order to save Baby, Amy must make her way to Fort Black, a prison-turned-survivor-colony, where she will need to find Ken, Kay’s brother. He alone holds the key to Baby’s survival.

One small slip-up on this quest could spark a downward spiral that would not only cost Baby and Amy their lives, but threaten the very survival of the people in the After.


IN THE AFTER truly blew me away and I was impatiently waiting for the release of IN THE END. The second book didn't blow me away like the first but I still thoroughly enjoyed it. There is a bit of a different feel to the book now that she is again on her own but surrounded by people in Fort Black. She gains new allies and eventual makes her way back to New Hope but the road their is not pleasant or easy. 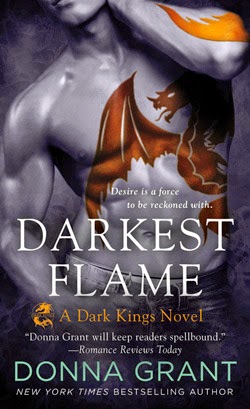 
The Dark Kings have fought for centuries to preserve their dragon magic. But one of the most powerful warriors of his kind will be put to the ultimate test. Is he strong enough to resist his greatest temptations? Or will he be forced to surrender - body and soul?

Her beauty is a weapon

Denae Lacroix is a beautiful MI5 agent on a deadly mission. Sent to the Scottish Highlands to spy on the mysterious Dreagan Industries, she discovers too late that she’s been set up - as human bait. She is an irresistible lure for a man who has not seen or touched a woman for centuries. He is a man with a destiny - and a desire - that could destroy them both...

His passion is a curse...

It’s been twelve hundred years since Kellan has walked among humans - and there’s no denying the erotically charged attraction he feels for Denae. But as a Dragon King, he is sworn to protect his secrets. Yet the closer he gets to this smart, ravishing woman, the more her life is in danger. All it takes is one reckless kiss to unleash a flood of desire, the fury of dragons…and the fiercest enemy of all.


I had no clue that there were a few short stories that took place before DARKEST FLAME so when things started to get a tad bit confusing a couple chapters in I took the chance to stop reading and check those out first. I'm sure you could get away with skipping them but it will make the world and characters make more sense.

I enjoyed learning about Kellan and Denae and watching them BOTH come out from behind their walls as they fell in love. I look forward to watching the next couples story as the series continues. Characters from the Dark Warriors series make an appearance as well so that was a nice little surprise. 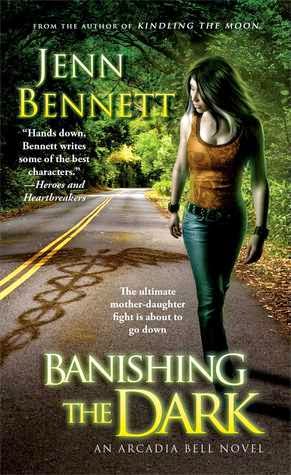 
Complicated does not begin to describe Arcadia Bell's life right now: unnatural magical power, another brush with death, and a murderous mother who's not only overbearing but determined to take permanent possession of Cady's body.

Forced to delve deep into the mystery surrounding her own birth, Cady must uncover which evil spell her parents cast during her conception…and how to reverse it. Fast.

As she and her lover Lon embark on a dangerous journey through her magical past, Lon's teenage son Jupe sneaks off for his own investigation. Each family secret they uncover is darker than the last, and Cady, who has worn many identities—Moonchild, mage, fugitive—is about to add one more to the list.


If you are anything like me you were DYING to read BANISHING THE DARK after the cliffhanger ending in BINDING THE SHADOWS. I really enjoyed some of the twists thrown into the final book of the series and I also loves reading Jupe's POV.

This series was everything I hoped for and more than I expected. Nothing is left unsaid, nothing is left hanging, and Cady finally has a life she can be 100% happy with. Great ending to an adventure filled series.