UFI welcomes Author Molle McGregor. Thanks for Joining us!!

Here’s something not many people know – I’ve recently gotten back into gaming. For years – before I had kids – I used to game with my husband and out friends. Then we had our boys and my husband kept gaming, but I never seemed to have time. Our oldest son just started playing with his Dad and I was so jealous I ended up getting the game Witcher for my laptop. So while the boys are hogging the Playstation, I’m sneaking in my own game time. My son likes my game so much, he’ll put down his own controller to watch me play. The only hard thing is staying away from the game when I’m supposed to be working

Reading is my number one favorite pastime. These days, when I’m not reading, I’m usually getting in some gaming time, or playing with my two boys. And now that it’s spring, I’ll be outside a lot more enjoying the mountains.

I love all of it (except line editing) but there’s usually a point when the story comes together. It takes off on it’s own and I’m just trying to keep up. That’s the most fun. I’m just about at that point with the next book in the series, Shadow’s Discovery.

I’ve been trying a lot of different things lately. Another writer suggested trying the Pomodoro technique – working with complete focus for a period of time, then taking a short break. I thought I’d hate it, but doing this has enabled me to get a lot more done. I’ve found that using the Pomodoro technique, I’m less picky on the other aspects of my writing environment. A key for me is turning off the internet. I use an app called Freedom to lock out the internet when I’m writing. My husband teases me that we pay for internet and then I paid for an app to turn it off. But it works for me Also, coffee!

That’s a tough question to answer because there are so many. In my genre Nalini Singh, Kresley Cole, JR Ward, Sherrilyn Kenyon and Alexandra Ivy are my biggest inspirations. Other authors who get me excited about writing include Kristen Ashley, Susan Elizabeth Phillips, Stephen King, Jim Butcher, Kit Rocha/Moira Rogers, Patricia Briggs and Courtney Milan. I recently discovered Rose Lerner and Daisy Prescott, who I love. I know I’m missing more than a few….

How would you pitch Shadow’s Pleasure to someone who has not heard of it before?

Shadow’s Pleasure picks up right where the previous book in the series, Shadow’s Awakening, left off, though some of the readers say it works as a stand alone book as well. It’s the story of Sorcha, a Shadow empath, and Kiernan, a Warder soldier, and their quest to rescue three missing Shadows. Sorcha and Kiernan are both passionate and stubborn. The sparks between them are intense and I had so much fun watching them fall in love and fight their way through the obstacles in their path. In Shadow’s Pleasure, readers don’t just get Sorcha and Kiernan’s story, they meet some new players in the Shadow Warder world and get to see a little more of the larger story emerge.

Can you tell us a little bit about the world that Shadow’s Pleasure is set in?

The main characters in the Shadow Warder world are the Warders and the Shadows, ancient warriors created to protect humanity from the Vorati demons. Over fifteen hundred years ago, the Shadows and Warders were driven apart by betrayal. Since then, they have worked apart, all contact between them forbidden. But the Vorati demons are gaining in strength and they aren’t strong enough on their own to keep their human charges safe. As their world changes, they’ll have to decide if they want to hold on to the past, or look to their future.

Do you have a favorite scene in Shadow’s Pleasure?

My favorite scene is Kiernan and Sorcha’s trip to the club. They’d been flirting, but this is the first time they do something about it. The atmosphere is so sensual, and the scene also introduces a new type of character to the Shadow Warder world. Since there are some spoilers, I don’t want to give too much away, but here’s a little teaser from this part:

“I plan to,” he whispered against her lips.
“Plan to what?” Sorcha whispered back. Kiernan’s lips, warm and soft as silk, slid over hers. A whimper caught at the back of her throat.
“Plan to take care,” Kiernan said, lips brushing hers as he spoke. “You belong to me.”

This changes depending on what I’m working on. Right now, Keeley is my favorite. She’s Sorcha’s best friend and the heroine of Shadow’s Discovery. She’s a determined optimist who’s open personality hides her vulnerabilities. I love the contrasts in her, as well as her loyalty to her friends
and her courage.

And Eric, Keeley’s hero, is one of the hardest. He’s an intelligent soldier in a very difficult situation. Some of his decisions are frustrating to me, but make complete sense to him. As the author, that’s hard. I know characters, just like real people, have to learn their lessons through experience, but sometimes I want to tell Eric what’s coming so he can stop himself before it’s too late. On the other hand, watching him take this ride of love and adventure is too much fun. If Eric knew what was coming for him, the book would be much shorter and a lot less interesting 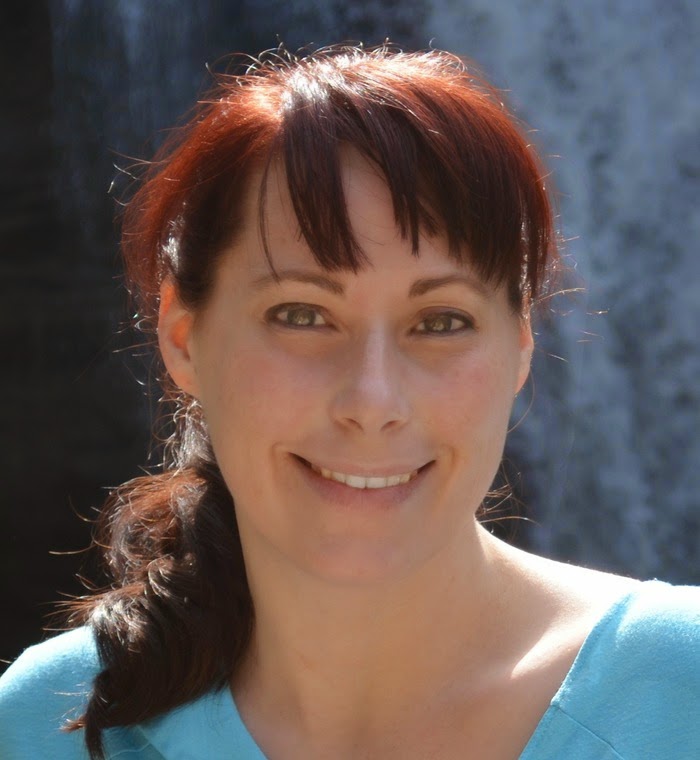 Molle’s writing career started when she was seven and suffered terrible insomnia. Night after night she couldn’t sleep until long after mid-night, only to wake a few hours later. Frustrated with her inability to just go to bed, (and her penchant for sneaking a book and a flashlight under the covers) her grandmother said, “You like to read so much, why don’t you tell yourself a story until you fall asleep.” With this brilliant advice, Molle’s overactive brain was off and running. Now, years later, she’s finally taught herself to sleep, but she’s never stopped telling stories.

When she’s not reading, writing, or staring into space making things up, Molle is getting into trouble with her husband, two sons, two dogs and vicious attack cat in the mountains of North Carolina. She likes to hike, cook, listen to music way too loud, and hang out with her boys. She does not like dusting or emptying the dishwasher. 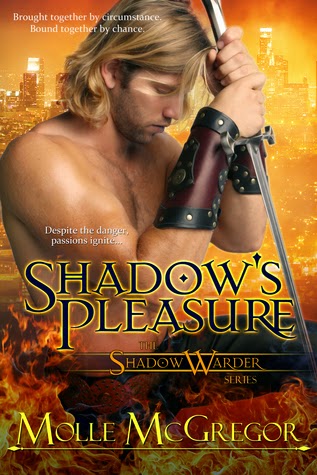 Sequestered for over ten years and manipulated by those that were supposed to love and protect her, Sorcha wants nothing more than her freedom. When her childhood friend and two other Shadows are kidnapped and held by a sadistic Director hell-bent on changing the very nature of their existence, Sorcha knows it’s past time to escape. With the help of the sinfully sexy Kiernan Black, she finally gains her independence, but the depths of her passion for the Warder may be more dangerous than the mission to save her friends.

As a Warder, Kiernan Black has never turned his back on an innocent. So when one of his own is working with a demon to brutalize innocent Shadows, he knows he must save them. With the beautiful, brave, and infuriatingly stubborn Sorcha Davis as his partner, he embarks on what might be the most dangerous mission of his life. But if he can find a way to make the fiery Shadow his along the way, the rewards could outweigh the risks.