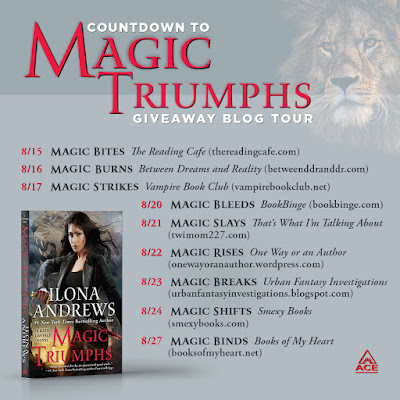 Magic Triumphs is almost here! To celebrate, Ace Books and participating blogs will be giving away three copies of each Kate Daniels book every weekday leading up to highly anticipated release on August 28th. Each giveaway will run for three days.

Follow the tour and enter to win them all! 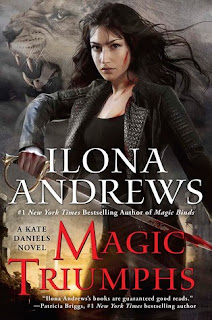 
Mercenary Kate Daniels must risk all to protect everything she holds dear in this epic, can't-miss entry in the thrilling #1 New York Times bestselling urban fantasy series.

Ilona Andrews is the pseudonym for a husband-and-wife writing team. Together they are the coauthors of the #1 New York Times bestselling Kate Daniels urban fantasy series and the romantic urban fantasy novels of the Edge.

Find out more about Ilona Andrews online at www.ilona-andrews.com.