UFI welcomes Phillipa Bornikova Author of The Linnet Ellery Series. Thanks for Joining us!!

10.   You never have to worry about your computer crashing -- there aren’t any.

7.    Half the musty tomes in the firm’s law library were written by the partners.

6.   Nobody ever has garlic breath.

5.   You’re always the best looking person in the mirror.

4.  An unlimited opportunity for overtime.  Your boss never sleeps.  Why should you?

3.  You love the smell of fresh brewed blood in the morning.

1.   You don’t have to worry about ever making partner since there will never be an opening. 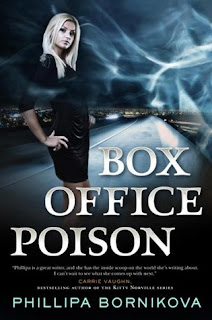 
What happens when exquisitely beautiful elves start getting all the roles in Hollywood? Human actors sue, that’s what. In a desperate attempt to keep the squabbling inside the Screen Actors Guild from going public, the president of SAG forces the two sides into arbitration.