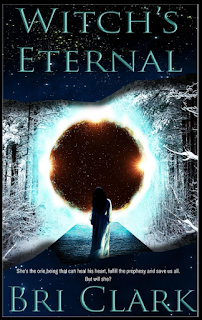 
Aisleen is the last of a rare race of witches. Her essence hangs in the balance as the magical and temporal poisoning of the Blue Death ravages her body.

Lucien Lemoine, the feared and revered leader of the eternals, searches for a cure. Something primal and instinctive drives him to save the little witch even when his people’s future hangs is threatened.

But when the Goddess finally breaks her decades long silence Lucien learns Aisleen is more than the one who will fulfill the prophesy of his fate and heal his heart. She can save them all.

But after his tragic betrayal, will she?

Lucien heard the intake of her breath, and then the soft pads of her steps approach him. He’d not wanted to ask for help but desperately needed it. The wound in his arm shifted between extreme pain to numbness. Both were equally bad and drained his energy. He knew exactly where she had hid. If the pain wasn’t so bad, he would’ve smiled. He was impressed with her stealth. Attempting a deep breath, he looked up to see what quality of wench lived among these woods. She would have to be single—most likely homely at best. No husband would live here much less allow his wife to wander these woods alone. She would become enchanted with him. Mortal women always did and it ended with their broken hearts—which is why he avoided mortals entirely.
An eternal, especially a clan leader, could not connect themselves romantically to a lesser being. To ensure the continuation of the species of purebloods it was why eternals only procreate with eternal. This fact reminded him of Alastair’s betrayal, adding to his pain.
He reluctantly raised his eyes to inspect her. His breath caught. Thick raven dark locks framed an ivory face with flame red lips, while empathetic emerald eyes surveyed his condition. Wearing a white peasant’s dress, she appeared ethereal moving toward him through the mist. His breath came out in a rush, and his pulse seemed to scream within his skull. Without a word she positioned herself under his bad shoulder and bore his weight. He was astonished a body so small could hold him up. Silently she guided him along. He asked her no questions putting all his energy into moving. The pain was good though. It meant the liquid silver hadn’t been released encasing him in a frozen prison.
The scent of plants he hadn’t encountered in years quickly assaulted his nose. Then the source came into view—a small cottage surrounded by herbs. That’s when it all came into perspective. The woman was a witch, and one of the ancient arts. He stiffened with the realization. She looked up at him with luminous green eyes framed by thick lashes with nothing but concern. He considered he might be wrong. His internal alarm had not sounded. Nevertheless, he’d seen ghastly things done by witches and their herbs, especially the three-prominent species framing her stoop. The pain of the silver arrowhead imbedded in his stiffened muscles and screamed in protest and all his previous thought became a blur.
__________________________________ 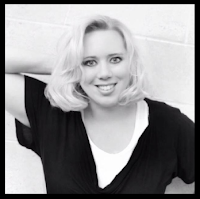 Bri Clark is a real example of redemption and renewal. Growing penniless in the South, Bri learned street smarts while caring for her brother in a broken home. She watched her mother work several jobs to care for their small family. Once her brother could fend for himself, Bri moved on to a series of bad choices including leaving school and living on her own.

Rebelliousness was a strong understatement to describe those formative years. As a teenager, her wakeup call came from a fight with brass knuckles and a judge that gave her a choice of shaping up or spending time in jail. She took that opportunity and found a way to moved up from the streets. She ended up co-owning an extremely successful construction business. She lived the high life until the real estate crash when she lost everything.

She moved west and found herself living with her husband and 4 kids in a 900 square foot apartment. For 10 years she filled her time, writing, blogging, advocating and mentoring women in business, and running a successful marketing company while sharing her southern culture. Her unique background gives her writing a raw sensibility. She understands what it takes to overcome life's obstacles.

Then in 2015 she came home to her beloved TN. While there she picked back up her spiritual gifts of an intuitive psychic medium. With the help of her guides it's her greatest goal to be a vessel for good and to serve those that need help either through her writings or her books.

A 20 minute psychic phone or skype reading. Worth $100 and a Vampireology Book open to US Shipping
a Rafflecopter giveaway
Posted by StacyUFI at 3:00 AM No comments: