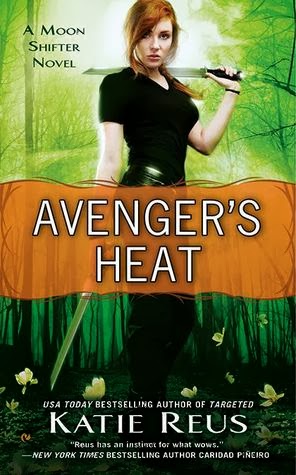 To truly have her, he must free her from her dark secret…

Enforcer Erin Flynn has dedicated her life to protecting her kind. But keeping her heart safe from Noah Campbell, the smoking-hot shifter who saved her life last year, is more difficult. The deadly beauty would love to sink into his arms and become his mate, but she knows she can’t—he must never know about her dark past.

When Erin is sent to investigate the disappearances of pregnant shifters in New Orleans, Erin and Noah find themselves involved in a mystery more sinister than anyone expected. And as Erin delves further into the crimes, chilling information about her own past is revealed. The people who wanted her dead in the first place are trying to finish the job, and Noah wants nothing more than to shield her from harm. But can Erin truly trust Noah and let him see the wounded beast she’s hidden for so long?

I would be lying if I said I was never interested in hearing what happened to Erin. I never imagined her story was as much as it ended up being and my heart absolutely broke for her as I learned the extent of her past. Noah comes off as pretty carefree and trouble-free but he is anything but. I absolutely loved meeting his family and home pack and learning his family dynamics. The crimes that Erin and Noah were sent to investigate gets pretty heated and intense. Erin in action is something to behold and the two working together was even better. I can say that I am truly happy that Erin and Noah found each other.

The world of the Moon Shifters continues to grow with each book. I enjoyed the setting being apart from the rest of the pack but I missed them all the same. I was originally really sad after book 1 when I found out each book would feature a new couple but it has worked out nicely and I have fallen in love with each and every one of them. Bring on couple # 5..

Archetype (Archetype #1) by M.D. Waters
Blood from a Silver Cross (Kat Redding #4) by E.S. Moore
Gretel and the Dark by Eliza Granville