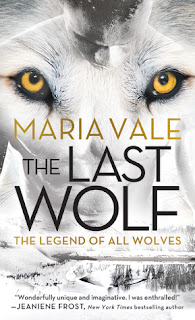 
THE LAST WOLF wasn't an instant hit for me and I still can't decide if I would want to read more.

The world building could have been better. The beginning tells the history of the pack, but It was hard to jump from that into the story as it felt like I was reading about the same character for a little bit. There were some pacing issues and also some things that were explained in weird ways.

Even months later I can't decide if I enjoyed THE LAST WOLF or if I just enjoyed getting through it. There was some good points, but there were also some things that needed some work. I don't think I would read more, but I'm not ruling it out either.