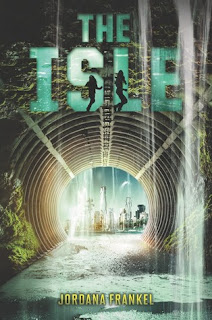 
The heart-racing and thrilling sequel to The Ward about a teenage female drag racer who will do anything to save her sister—and a flooded futuristic Manhattan.

The Ward is in trouble—its streets filled with seawater after a devastating flood and its impoverished inhabitants suffering from a deadly disease called the Blight.

Ren, with the help of her scientist friend, Callum, and her racing buddy, Derek, has discovered a cure—miraculous spring water—administering it to her sick sister, Aven. But when Aven is kidnapped by Governor Voss, the malevolent dictator of the United Metro Isles (UMI), Ren must go on a dangerous mission to save her sister, again.

The mysterious healing water is the only source of freshwater throughout the entire UMI—water that Ren had been tasked by the government to discover. Although she refuses to give up the water’s location, Governor Voss has his own selfish reasons for wanting it. And he will do anything to satisfy his thirst for unquenchable power.

But Ren and Aven have more enemies than the governor. An ancient order, the Tètai, has been guarding the magical water for hundreds of years. And they will kill to protect it. With the Ward in desperate need of freshwater and wracked by disease—and deadly enemies at every turn—the sisters face a dangerous journey, marred by mysterious secrets and horrifying truths, to save their friends and neighbors, and a city.


I have been looking forward to THE ISLE since 2013 and I am happy to say that I enjoyed it as much as I was hoping to. The book had a nice fast pace, lots of evading danger and we got to know the characters better. I did miss the romance in THE ISLE, it was pretty much put on the back burner.

The ending made me think that the story isn't over. I hope book three will be out quicker than the time it took for book two to be released. 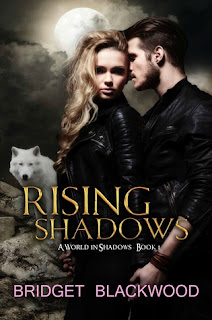 
Labeled an Arcane, Rachel Ryan wonders if she’s human anymore. After she’s thrown headlong into the world of The Preternatural Rachel learns Shapeshifters, Faeries, and Vampires aren’t legends. They’ve been living hidden in plain sight among humans. In her quest to save a child she will set off a cataclysmic chain of events. Her actions will disrupt the carefully balanced political chess board, casting once powerful pieces to the floor. A werewolf protector, a lost princess, a mad vampire, and an exiled Fae named Winter will rise up to challenge the status quo. A war that has been brewing in the shadows for centuries is ready to explode. Rachel must choose where her allegiance lies, tipping the scales, but who is an enemy and who is a friend?


No, just no. Not only is there instant love, there's instant marriage and instant adopted child too. Too much instant for me and not enough character and world development.

The storyline was ok, but not enough to get me to read another installment of the series. 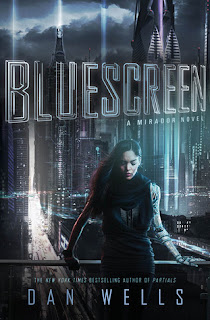 
Los Angeles in 2050 is a city of open doors, as long as you have the right connections. That connection is a djinni—a smart device implanted right in a person’s head. In a world where virtually everyone is online twenty-four hours a day, this connection is like oxygen—and a world like that presents plenty of opportunities for someone who knows how to manipulate it.

Marisa Carneseca is one of those people. She might spend her days in Mirador, the small, vibrant LA neighborhood where her family owns a restaurant, but she lives on the net—going to school, playing games, hanging out, or doing things of more questionable legality with her friends Sahara and Anja. And it’s Anja who first gets her hands on Bluescreen—a virtual drug that plugs right into a person’s djinni and delivers a massive, non-chemical, completely safe high. But in this city, when something sounds too good to be true, it usually is, and Mari and her friends soon find themselves in the middle of a conspiracy that is much bigger than they ever suspected.

Dan Wells, author of the New York Times bestselling Partials Sequence, returns with a stunning new vision of the near future—a breathless cyber-thriller where privacy is the world’s most rare resource and nothing, not even the thoughts in our heads, is safe.


I was thoroughly confused for a few chapters and then the book started growing on me and I did end up enjoying it. I thought there were way too many supporting characters, but I didn't get them mixed up which is good. The future technology was super neat to read about. I do however hope that the world never turns up like it does in BLUESCREEN.

I thought BLUESCREEN was a good start to Dan Well's new series. If readers can get past the confusion in the beginning I think they will have no problem wanting to read book two. 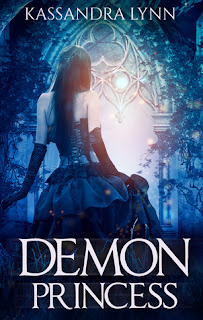 With her father gone and her brother missing, Demon Princess Adriana has to assume the throne, temporarily becoming the Demon King. The procession is underway, and the princess is nervous yet determined … until the unthinkable happens and she is summoned! Somehow, Aldric, a mage-in-training has summoned the princess into the human kingdom. Now trapped, Adriana must hide her identity and escape before she loses her life in the hands of her mortal enemies.

I was able to get through DEMON PRINCESS but I there were problems. There wasn't much to the world building, everything was a bit vague. A few issues that came up in DEMON PRINCESS weren't resolved or even brought up again after they were mentioned. I also felt that the characters were lacking development.

After all was said and done I was left with way too many questions. I wasn't interested enough to read more.

* This book was provided free of charge from Publisher in exchange for an honest review.
Posted by StacyUFI at 3:00 AM No comments: