UFI welcomes Michelle Diener Author of The Silver Pear. Thanks for Joining us!!

Hello to everyone. It's such a pleasure to be a guest here.

I've always written books that are probably more strong romantic elements than actual romances, and my fantasy romance series, the Dark Forest, is no exception. I think that fits in with the fantasy genre well, because fantasy is generally very plot-heavy, and the romance works as a thread that runs through the story.

The two books in the series, The Golden Apple and The Silver Pear, are loosely based on the Norwegian fairy tale The Princess on the Glass Hill, and while quite a few fairy tales seem to be romances, if you look deeper, you'll find most of them are really explorations of self.

That's why I came up with the title The Dark Forest for the series. The dark forest has always been a place in fairy tales where the characters are tested, and have to face both inner and external fears.

I love fantasy novels, but have never been a fan of fantasy novels that have too big a cast of characters, too many hard-to-pronounce names, and way too much description. There are exceptions, of course, where the writing and story are so amazing that all of that just works, but mostly I like my fantasy like I like most of my books, intimate, immediate and uncluttered.

In the last couple of years, urban fantasy and paranormal romance have ruled the genre roost, but I'm enjoying seeing a re-emergence of sci-fi romance and fantasy romance as genres that are gaining a little more ground.

What about you? Have you ever dipped your toe in the fantasy romance pool, and which books are your favorite, if so? Or what about sci-fi romance? Any recommendations?

Thanks so much for having me!

Michelle Diener writes historical fiction and fantasy. Her Susanna Horenbout & John Parker series includes IN A TREACHEROUS COURT, KEEPER OF THE KING’S SECRETS and IN DEFENSE OF THE QUEEN. Set in the court of Henry VIII, it features the real historical figures of artist Susanna Horenbout and Henry’s Keeper of the Palace of Westminster and Yeoman of the King’s Robes, John Parker.Other historical novels by Michelle Diener include THE EMPEROR’S CONSPIRACY andBANQUET OF LIES, both set during the Napoleonic Wars in London. DAUGHTER OF THE SKY is set in Zululand during the Victorian era.Michelle’s first fantasy novel MISTRESS OF THE WIND is set for a December 23rd, 2013, release. It is a retelling of the fairy tale East of the Sun, West of the Moon.Michelle was born in London, grew up in South Africa, and now lives in Australia with her husband and two children. 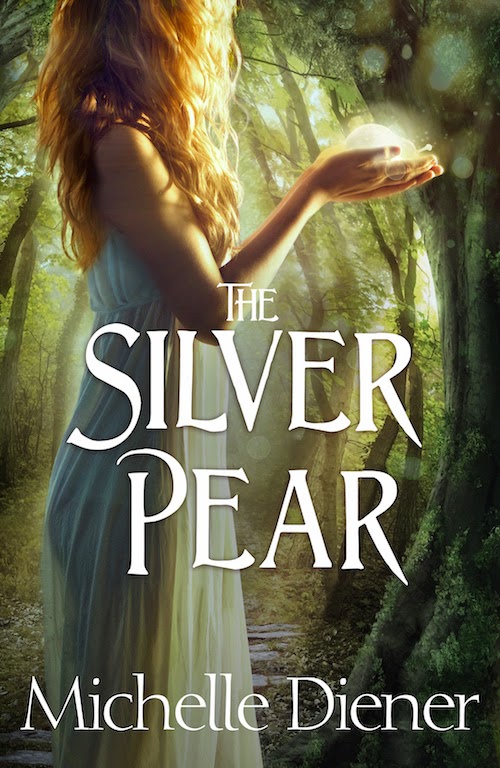 The Silver Pear
The Dark Forest #2

Kayla is determined to master her new-found abilities as a wild magic witch. She's learning everything she can so she and her betrothed, Rane, can put a stop to the sorcerers who are recklessly gathering their power, building up their magic to take each other on in a war that will destroy the countries of Middleland.

An even more unlikely sorcerer . . .

Mirabelle's father was one of the greatest sorcerers in Middleland, but when he used the magic in the silver pear to bespell his pregnant wife to give birth to the greatest sorcerer who would ever live, he never thought that child would be a girl. Mirabelle is nothing like a usual sorcerer, confounding every expectation, and when she comes to the rescue of Rane's brother, Soren, she makes a decision few sorcerers would. She saves him, rather than herself, losing the silver pear in the process.

With war not just a possibility but simply a matter of time, there are no neutral parties and no fence-sitters in Kayla and Mirabelle's new world. Everyone is either an ally or an enemy and there is a price to pay for everything. The question is, how high will it be? 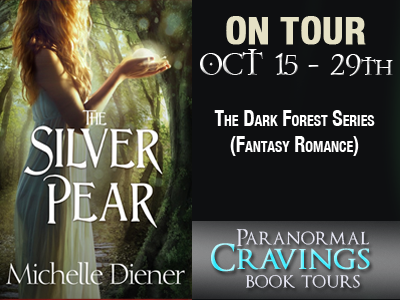 Enter Giveaway Here
Posted by StacyUFI at 3:00 AM No comments: 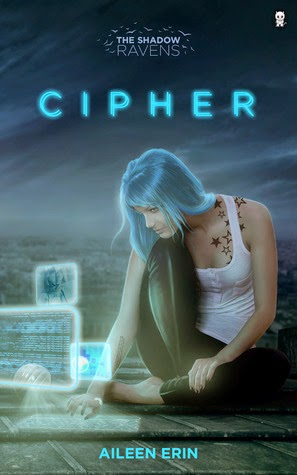 
In the not-too-distant future, the color of your helix tattoo shows exactly how your DNA was modified—green for super-smart scientists, black for pumped-up warriors, white for the immortal Seligo—but Cipher’s red helix is a death sentence. It’s a sign of unstable DNA, which is probably the reason she can manipulate electricity.

When she was eight years old, Cipher made the mistake of showing her uncle the tattoo. In return, he killed her parents and tried to kidnap her.

She’s been on the run ever since, and twelve long years later, Cipher is tired of hiding. Survival isn’t enough anymore. She wants her life back.

Hacking into the Citadel mainframe is a huge risk, but it pays off when she finds a database on red helixes. Before she can copy it, she loses control of her power, charring her last processor, and the only person in the Arizona Voids that can get her back online is her oldest friend, Knightly. She hasn’t seen him in person since she started running, and Knight 2.0 is fully upgraded with a six-pack and knee-melting smile.

For a girl like Cipher, trust doesn’t come easily, but Knight makes her yearn for a life she knows she can’t have, especially when every secret she reveals endangers them both.


I am very much on the edge about CIPHER. There were a lot of things I really enjoyed about it, but then there was so much left out that after the fact I feel like I missed half the book.

Cipher is an interesting character. She's a red helix that escaped death as an infant and is constantly on the run, hiding from her uncle and those that are out to eliminate her kind. I felt like the author did a pretty decent job of giving us her back story and explaining who she is. Knight is a Shadow Raven who's devoted his life to searching for the little girl who saved his life when he was little. He is also working undercover for the bad guys who hunt down and kill red helix babies, in hopes of saving as many of them as he possibly can. We find out that they share a past pretty quickly and although they both have memories of the other I just didn't feel like they KNEW each other enough now for the relationship they had by the end of the book.

I am really bummed to see that book 2 will be following different main characters for the reason i just listed. I really enjoyed getting to know Cipher and Knight, but I don't feel like I am done learning about them. They JUST started a relationship and still have a lot to learn about each other and I feel like we are being cut off way too soon. Hopefully Cipher and Knight will be involved in book 2 as well so we can get to know them a little more.

We only scraped off the tip of the world and the characters in The Shadow Ravens series with CIPHER and really wish the author would have dug a little more into everything. So although I enjoyed this book, I am left feeling like I really needed more. Even after saying that, I will most likely pick up book 2, Quanta, when it comes out.