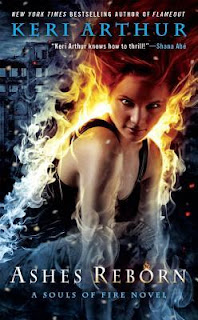 The clock is ticking as Emberly - a phoenix capable of taking human form - races to take revenge against the sadistic and mysterious Rinaldo. The elusive rebel leader threatens to keep killing until he is given all of the research about a plaguelike virus derived from vampire blood.

Forced to reach out to the Paranormal Investigations Team for help, Emberly and her partner, Jackson, must decide who to trust as they follow the trail of dead bodies. When classified information is leaked and their safe house is ambushed, Emberly's suspicions are confirmed - someone at PIT has betrayed them.

A final battle looms and Emberly will need to command all her powers - or watch the world turn to ash...

"Let the ashes of life be renewed; give him hope and bless him with love, and let him stand beside me once more. By the grace of the mother, and the will of the dragon, so mote it be."


As the last word was said, power tore up my legs and through the rest of my body, the sheer force of it momentarily stretching my spirit to the upper limits of survivability. Specks of luminescent ash began to peel away from these overstretched strands, gently at first but rapidly increasing, until it became a storm of light and ash. As the heat of the flames, the force of the earth, and the brightness of the day reached a crescendo of power, the motes began to condense and find form, alternating between our three forms-fire, firebird, and flesh-until what the earth and the day held in their grip was the spirit I'd spent aeons with.


I thanked the earth mother and the dragon in the sky for their generosity and the gift of life, and then reversed the spell, this time moving from south to west. The wall of energy and sparks shimmered briefly, then began to dissipate, the energy returning to the mother and the fiery sparks drifting skyward as they burned out and disappeared. Nothing was left but the bonfire and the fiery outline of the adult male curled up in a fetal position in the middle of it.


Weariness washed through me, and I all but fell to the ground. I sucked in several deep breaths to clear my head, then crossed my legs for the long wait ahead. Rory might now be reborn, but physically he was extremely weak. That was part of the reason I'd piled the bonfire so high-he would need the flames to fuel his body. He wouldn't wake-wouldn't even gain flesh-until the ashes in his soul had refueled enough on the heat of the fire to enable full functionality. And even then it would be days before he'd be back to his old self and fully mobile.


The afternoon passed slowly. I boosted the fire a couple of times and kept the heat at a white-hot level. It was close to four in the afternoon when his spirit form began to jerk and tremble, a sure sign that his inner fires had fully awoken. An hour later, he began to keen-a high-pitched sound so filled with pain that tears stung my eyes. Rebirth was never pleasant, but the pain was so much greater when we died before our time. I had no idea why, but figured it was the mother's way of making us a little more careful about how we lived and, ultimately, how we died.