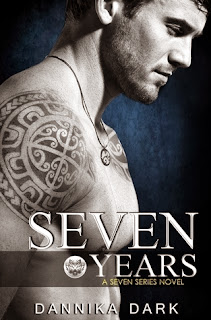 It's been seven years since Lexi Knight lost her brother in a tragic accident. On the anniversary of his death, her brother's best friend shows up unexpectedly - a man she hasn't seen since the funeral. He is no longer the boy Lexi once knew, but a dangerous-looking man with tattoos and dark secrets. He broke her trust and abandoned her family, yet what he reveals makes it impossible to stay angry. Lexi has been secretly infatuated with Austin since childhood, so finding out he's a Shifter just makes him sexier. Dammit.

Austin Cole has returned to the city where he grew up, and just in time. He's lived a hard life these past seven years, and the shadows of his past are threatening to destroy Lexi's family. It's time that she learned the truth about her brother, but there is a shocking twist that Austin never saw coming. Now he must protect her family when her mother and sister wind up in mortal danger. Will Lexi learn to accept the truth about who he is, and can Austin salvage a relationship from the ruins of their past?

I wasn't sure about SEVEN YEARS before I started it but i liked the cover and I jumped right in, WOO HOO am I ever glad I did. As Lexi, her mom and her little sister sit eating ice cream the last person Lexi expects to see walks through the door.  Austin wasn't only her brothers best friend but Lexi was head over heals for him as a little girl. After her brother died Austin disappeared. Now that he is back Lexi doesn't know how to feel.

So much happened its hard to decide where to start. I loved the characters, not one of them didn't bring something to the story. Lexi is a pretty strong and real gal. I had no problem connecting to her, her feelings or the situations she found herself in. Holy alpha male Austin. He is protective, overbearing, stubborn, name it he brings it to the table but oh how I loved reading about him and watching him grow as a character. Together the two rocked my brain. They seriously had great chemistry. Dannika did a great job of bringing you up to speed on the characters past's and merging them with their present and future. There is a lot of shifter political stuff going on and I enjoyed that. The twists and turns came frequently and they kept me on my toes. As I said above the characters all filled a space, not to say that I liked them all but they all played a role and I didn't feel like any of them weren't needed.  There really wasn't anything I didn't enjoy about SEVEN YEARS and I don't want to give away any spoilers.

So what comes next?  No idea because everything seemed to be well wrapped up by the end of SEVEN YEARS but I want more of Lexi, Austin and the pack so I will be looking out for book 2.