UFI welcomes Meredith Allard Author of The Loving Husband Trilogy. Thanks for Joining us!!


Is it really all that being a vampire?

I’ve always thought that one of the reasons vampire myths and legends have been so popular is because vampires are the one thing humans would love to be but cannot—immortal. We’ve been looking for the Fountain of Youth throughout human history. It’s believed that Spanish explorer Juan Ponce de Leon was searching for the fountain when he arrived in Florida in 1513. From our earliest storytelling in Mesopotamia in 4000 B.C.E. we have stories of the immortal, the undead, strong, immortal beings who will never age, never grow infirm or sickly. It sounds like a great thing, doesn’t it? If there were a potion or procedure that could capture people at a youthful, beautiful age and keep them there forever, how many people do you think would go for it, no matter the cost? I’m not talking Botox or Juvederm that make people look younger on the outside. I’m talking about a procedure that would keep the person young inside and out—such as becoming a vampire.

James Wentworth, the vampire protagonist in my Loving Husband Trilogy, isn’t so taken with being immortal. He’s looked like he’s thirty for over three hundred years, and his gold-haired good looks have remained the same despite the passing of time. But when he finds his beloved wife in Sarah Alexander, he realizes that life without the humans he loves isn’t so wonderful. Throughout the trilogy, from Her Dear & Loving Husband, to Her Loving Husband’s Curse, to Her Loving Husband’s Return, James has to struggle with his immortality and his inability to come to terms with it. He doesn’t like what he is, no matter how good he still looks. For James it’s not about what he is on the outside, it’s about those he loves most in the world, especially his wife. When James Wentworth loves, he loves forever, and Sarah, his (mostly) human wife, isn’t able to live forever. What does that mean for them? For their future?

James isn’t the only paranormal being living in Salem, Massachusetts these days. His friends Olivia and Jennifer are magical witches, and his friend Howard becomes horizontal and hairy whenever there’s a full moon. He knows other vampires too, and a ghost or two appear throughout the story. So James knows others who are different in their own ways. Learning to accept his differences and find his place in the world, while falling in love with Sarah, means that James has a lot to learn about being a vampire. James isn’t your typical alpha male vampire. He’s thoughtful, generous, and he’ll do anything for the woman he loves.

For James, being a vampire may not be all that, but he’s not sorry he’s lived as long as he has. He was in Salem when Sarah arrived, and for James that’s worth its weight in gold. At its heart, the Loving Husband Trilogy is less of a traditional vampire story and more of a romance between two people who were made for each other. And if being a vampire was what James had to be to find his wife, then he would do it again, and again, if he had to. 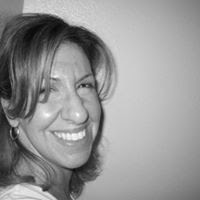 Since 2000, Meredith Allard has been the Executive Editor of The Copperfield Review, an award-winning literary journal for readers and writers of historical fiction. She received her B.A. and M.A. degrees in English from California State University, Northridge, and she has taught creative writing and writing historical fiction seminars at Learning Tree University, UNLV, and the Las Vegas Writers Conference.


Her short fiction and articles have appeared in journals such as The Paumanok Review, Moondance, Wild Mind, Muse Apprentice Guild, Writers Weekly, CarbLite, and ViewsHound. She is the author of the Amazon Best-Selling Loving Husband Trilogy, as well as the historical novels Victory Garden, Woman of Stones, and My Brother’s Battle.

Victory Garden and Woman of Stones have also been Amazon Best-Sellers in the Historical Fiction and Religious Fiction categories. 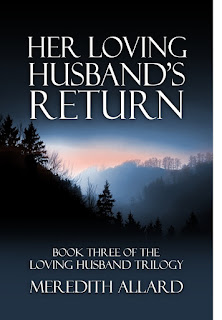 What would you do to return to the only one you have ever loved?


James Wentworth’s secret is no longer a secret, and now he and his beloved wife, Sarah, have been separated.


While suffering his own internment, James is reminded of his time with Japanese-Americans in the Manzanar Relocation Camp during World War II, and he cannot allow the past to repeat itself. With the help of his friends—Chandresh, Jocelyn, Timothy, even the irreverent Geoffrey—James learns what it means to return, and he is determined to return to his Sarah no matter the challenges—or the consequences.


Will James and Sarah be reunited once and for all despite the madness surrounding them? Will James’s most fervent wish be granted? The changes in store for the Wentworths may be irreversible.