UFI welcomes Melissa Delport Author of The Traveler. Thanks for Joining us!!

The Sexiest Paranormals on TV

Being a writer, I rarely get to read anymore. This is a colossal sacrifice, mind you, for someone who used to read 3-5 books a week...*sob*

Initially I felt the loss of my SFF “fix” like a junkie on a detox. Then I discovered a few little TV series that have more than made up for the loss of my fiction fetish. I don’t know why, or how (and I’m certainly not complaining) but there are so many shows now that cater for us SFF fanatics. It’s hard to choose who is more swoon-worthy, but here is my list. Believe me, this was tough...the competition is fierce! 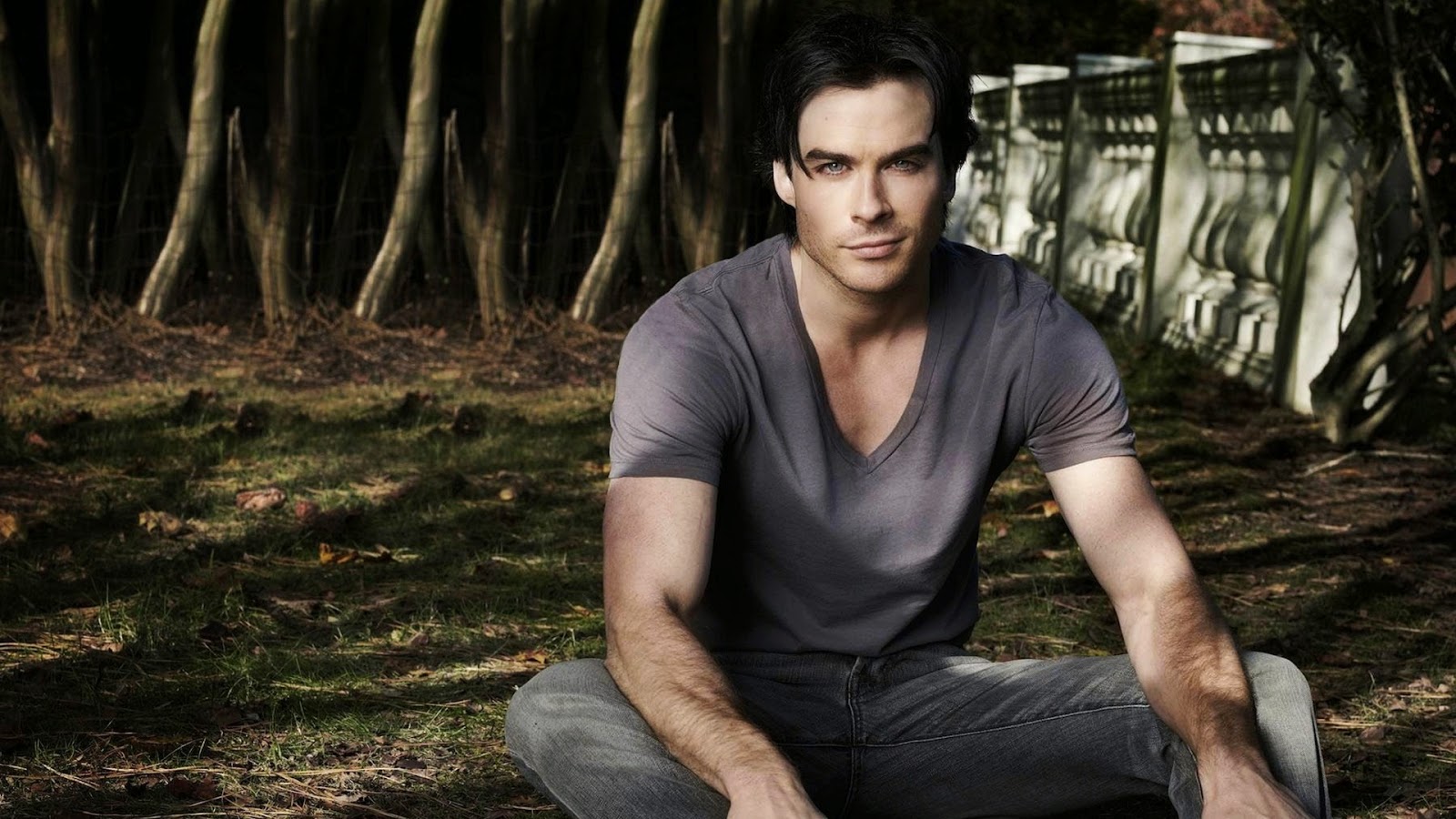 Okay, so maybe this one was easy. What you heard just then? That was the sound of a thousand panties dropping. Damon Salvatore has got to be the sexiest thing ever to have happened to TV. Just ask his over 12 million Facebook fans. What I love about Damon, other than his out-of-this-world good looks, is his snarky sense of humour. Here are a few of my favourite ever Damon Quotes: 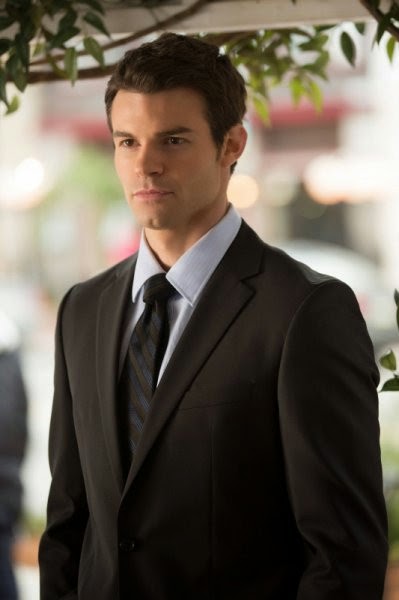 There is not a suit in this world that doesn’t aspire to adorn this Original vampire. Elijah is the epitome of super-human self-control, but he is just as dangerous as his evil hybrid brother, Klaus.

Only in a far more sophisticated way. My favourite Elijah quote:

Rebekah: Who do we have to kill?”
Elijah: “Probably no-one...alright, potentially everyone.” 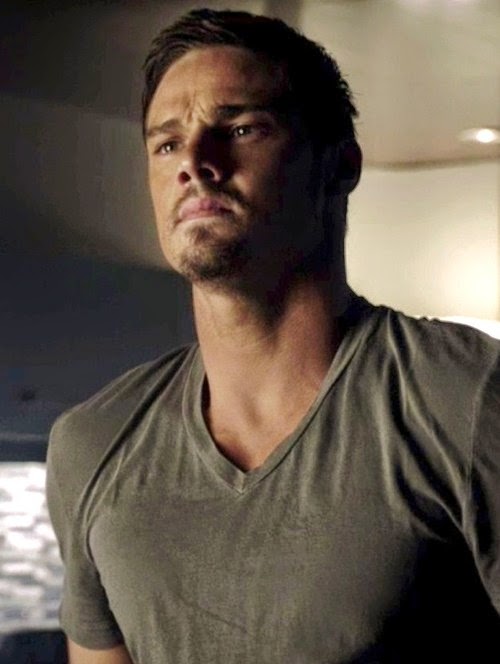 Vincent Keller, AKA: Sex-on-legs. A far cry form the original Vincent played by Ron Perlman in the 80’s, THIS Vincent is delectable. I must admit, I preferred him with the scar in Season 1, although we are definitely rocking the hero hair in Season 2.

“I am so in love with you” – followed by the ass-grab that almost set my TV on fire! 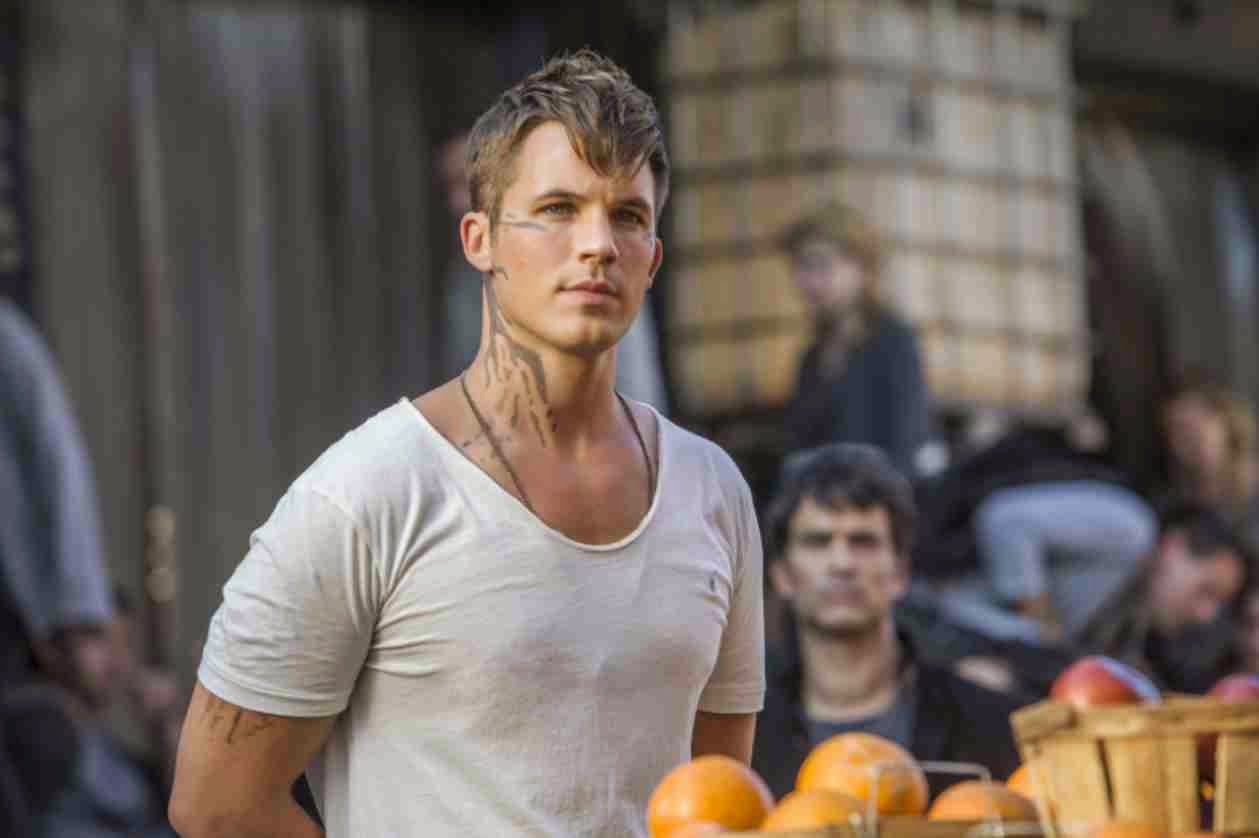 So gorgeous he only needs one name. That body...that body! Roman is a newbie in town, only a few episodes of Star Crossed have been aired, but he had me at episode 1. While I’m not sure about the storyline, I am sure that I will watch this series just to clap eyes on the gorgeous young Atrian once a week!

“Barrelling? Me? I’m the picture of stealth...” 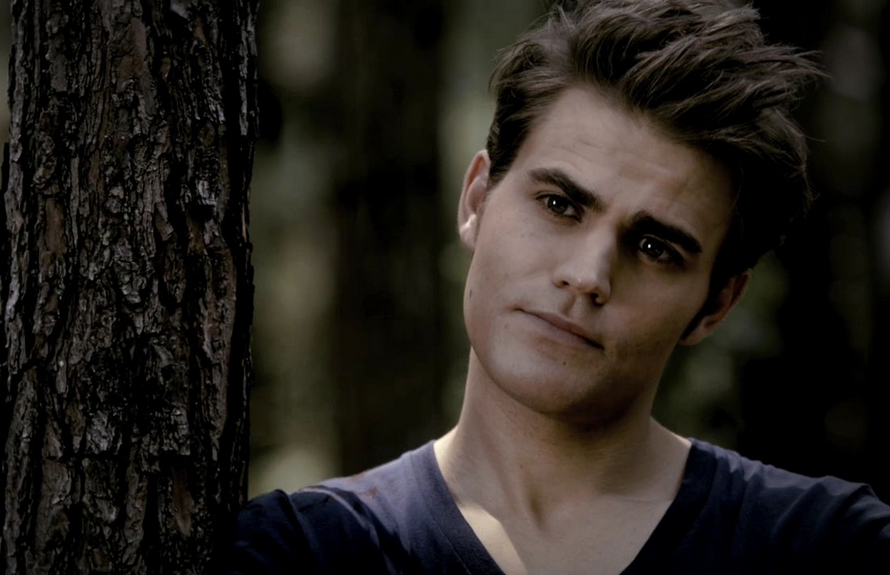 Ah, the good Salvatore brother. Is it weird that we find the fact that he feeds on bunnies and squirrels so attractive?

“I should be upstairs grooming my hero hair.” 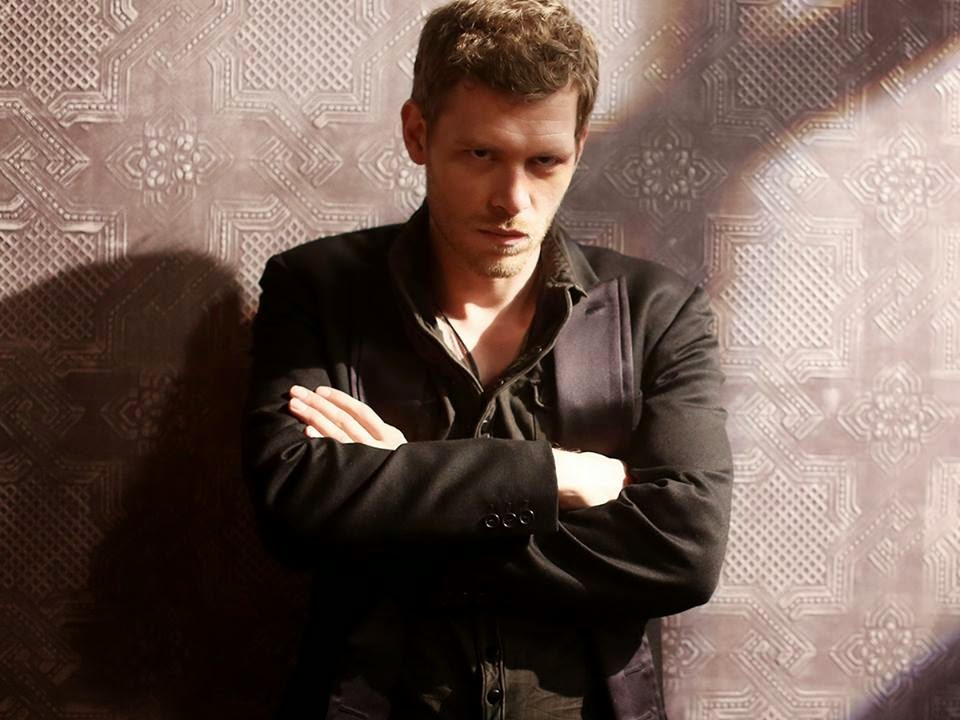 That hot British accent...tattoos for days...what is not to like about the angry, vicious Klaus. Original, immortal, hybrid...the list is endless. Klaus is so bad, he’s rotten to the core...and don’t we eat it up.

“You’re a bit of a mad genius, Elijah..count me in!”
Genevieve: A century ago I dreamed of what it would be like to know you. Now I'm glad I didn't. I might have been naive enough to fall for you, or fear you, but I learned a lot in death. Trust me, Klaus Mikaelson: it's you who should be scared of me.
Klaus: I will miss the sex (Ouch!!!!!) 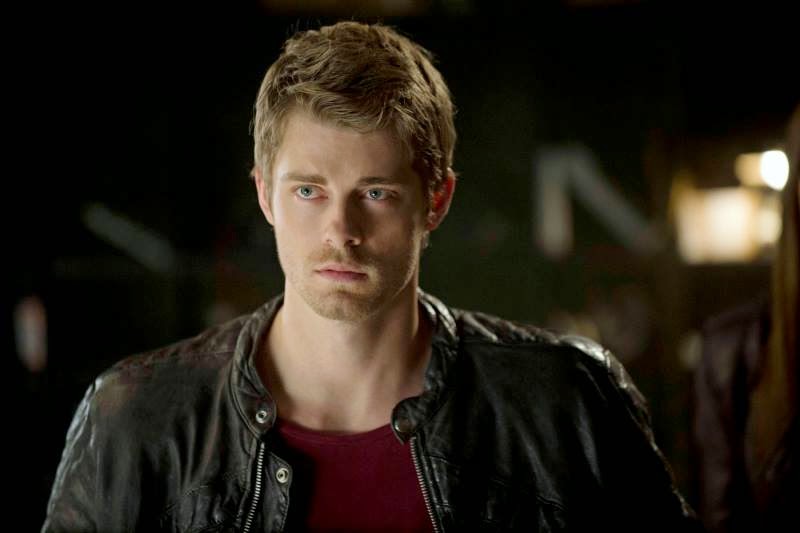 Admittedly, I had no idea what John’s surname was until I Googled him for this post. This particular Tomorrow Person is by far my favourite of the lot. Move over, Astrid...John is ours!

Cara: "Oh my god...that was...."
John: "Long overdue!...What?"
Cara: "I'm just not sure about this whole sleeping together and working together."
John: "I respect your authority in and out of the bedroom." 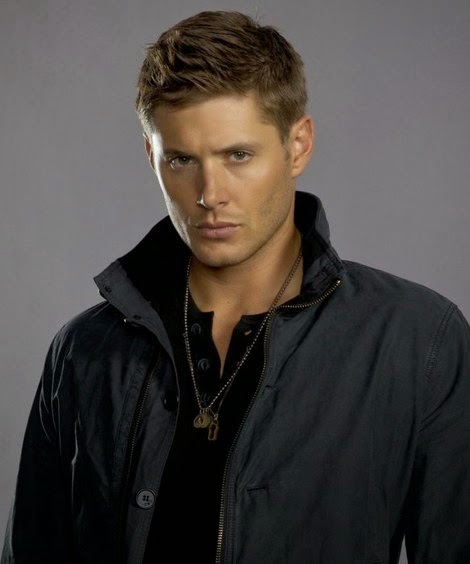 Who is worried about the gates of hell, when we have Dean the demon hunter to protect us? I was a fan way back when he played the clean faced Eric Brady on Days of our Lives (yes, that was a long time ago!) and nothing has changed. In fact, Jensen Ackles only gets better with age.

Henricksen: You think you're funny?
Dean: I think I'm adorable.
Sam: So let me get this straight. You want to drive all the way to Cicero just to hook up with some random chick?
Dean: She was a yoga teacher. That was the bendiest weekend of my life!
Sam: Kids are the best?
Dean: Yeah, I love kids.
Sam: Name three children that you even know.
(Dean scratches head for while; Sam starts to walk away)
Dean: I'm thinking! 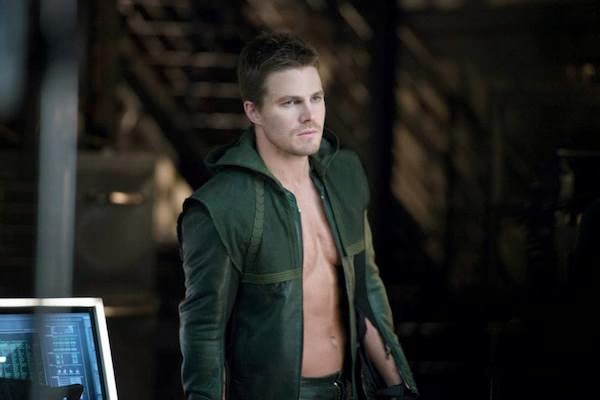 Okay, so he’s not technically a supernatural, but with those abs, he should be! Oliver Queen...*sigh*...it took me half a season to warm to this new Arrow, but when I did, oh boy, did I. With bated breath I await the long-anticipated Felicity-Oliver hook-up, but it seems the CW are determined to make us wait. 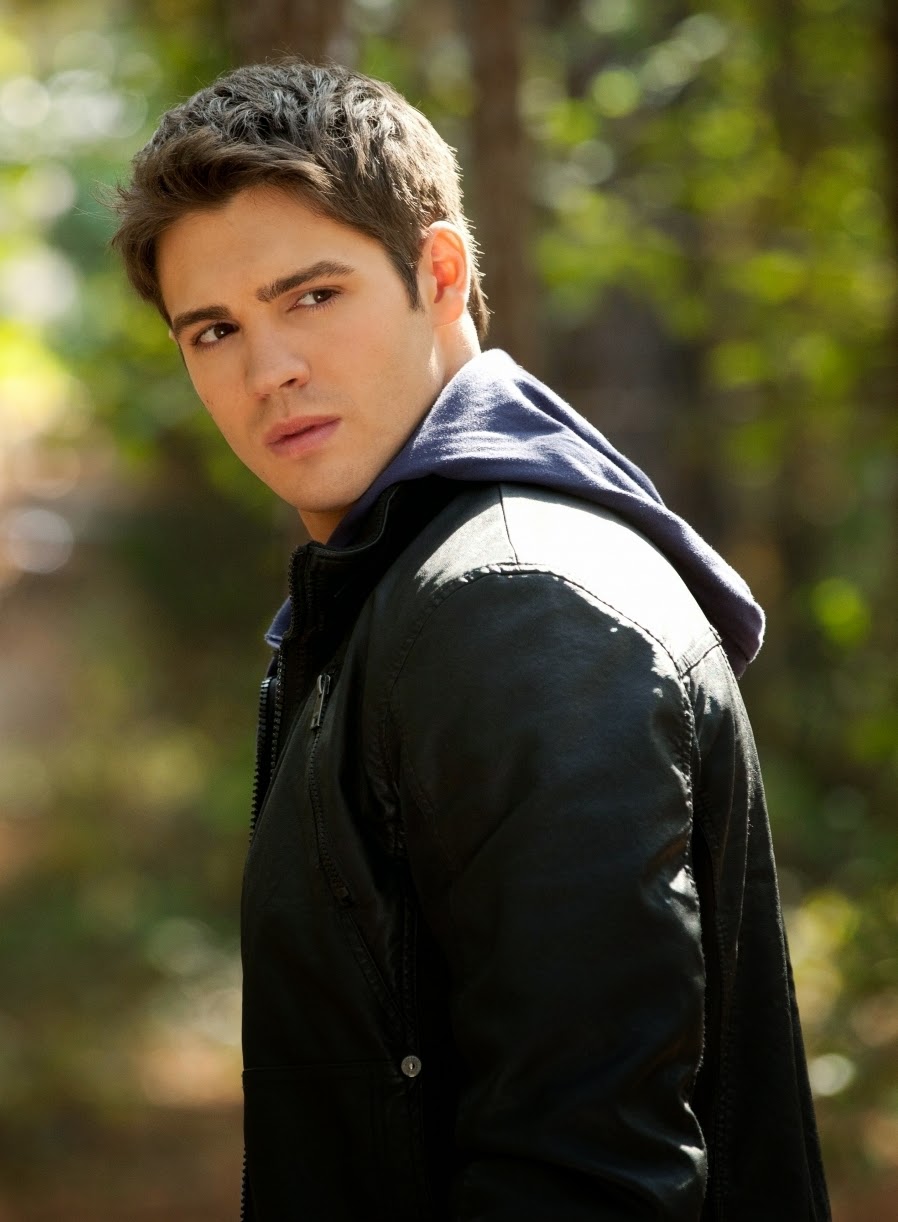 Remember the days when Jeremy Gilbert was a greasy-haired kid who moped around? Me neither J Baby Gilbert grew up around season 3, and suddenly I was paying attention. This vampire hunter is F-I-N-E. Sucks to be Elena – I hear incest is frowned upon.

So that is my top 10 supernatural sexy list. What’s yours?

Wife, mother of 3, businesswoman by day and author by night, Melissa Delport is the author of The Legacy Series and Rainfall. She graduated from the University of South Africa with a Bachelors Degree in English in 2000. She currently lives with her husband and three children in Hillcrest, South Africa.
Her first novel, The Legacy, published in 2013, is the first in The Legacy Series trilogy, and is followed by the sequel The Legion. The final book, The Legend is due out in 2014. She has also written an independent novel entitled Rainfall, a psychological romance, and a science-fiction, action-adventure called The Traveler.
An avid reader herself, Melissa finally decided to stop “watching from the sidelines” and to do what is her passion.
“I was driving home from work when inspiration struck, and a storyline started unravelling in my head. For a few days, it was all I could think about and eventually I realised that the only way to get it out of my head, was to put it all down on paper. I started writing, and that was that.” 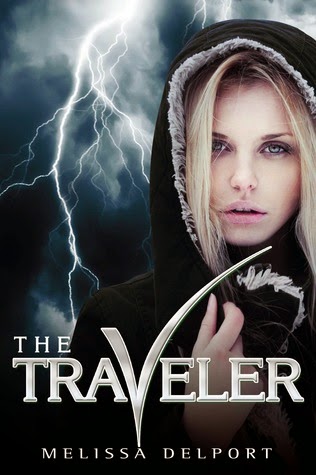 
Seven years ago, Rachel gave her heart to a dark, intense stranger, who left her broken and alone.

Every day since then Rachel has thought about Dex, her memories refusing to be silenced.

Now, Dex is back, but this time he is not alone. He has brought a formidable army – their sole purpose to conquer. Fate will bring Rachel and Dex back together, but on opposing sides of a war that threatens to obliterate her world.

Pitted against the power of the elements, Rachel and her friends must survive tsunamis, earthquakes, tornadoes and fire, all the while being hunted by a powerful enemy who will stop at nothing to pillage her planet.

Fleeing for her life amidst the chaos of a raging, burning city, Rachel realizes man’s only chance of survival lies in the hands of the very person who betrayed her all those years ago.

Earth is destined to fall, but Rachel is determined to save mankind, no matter the sacrifice.