UFI welcomes Jennifer Malone Wright Author of Keeper vs. Reaper. Thanks for Joining us!! 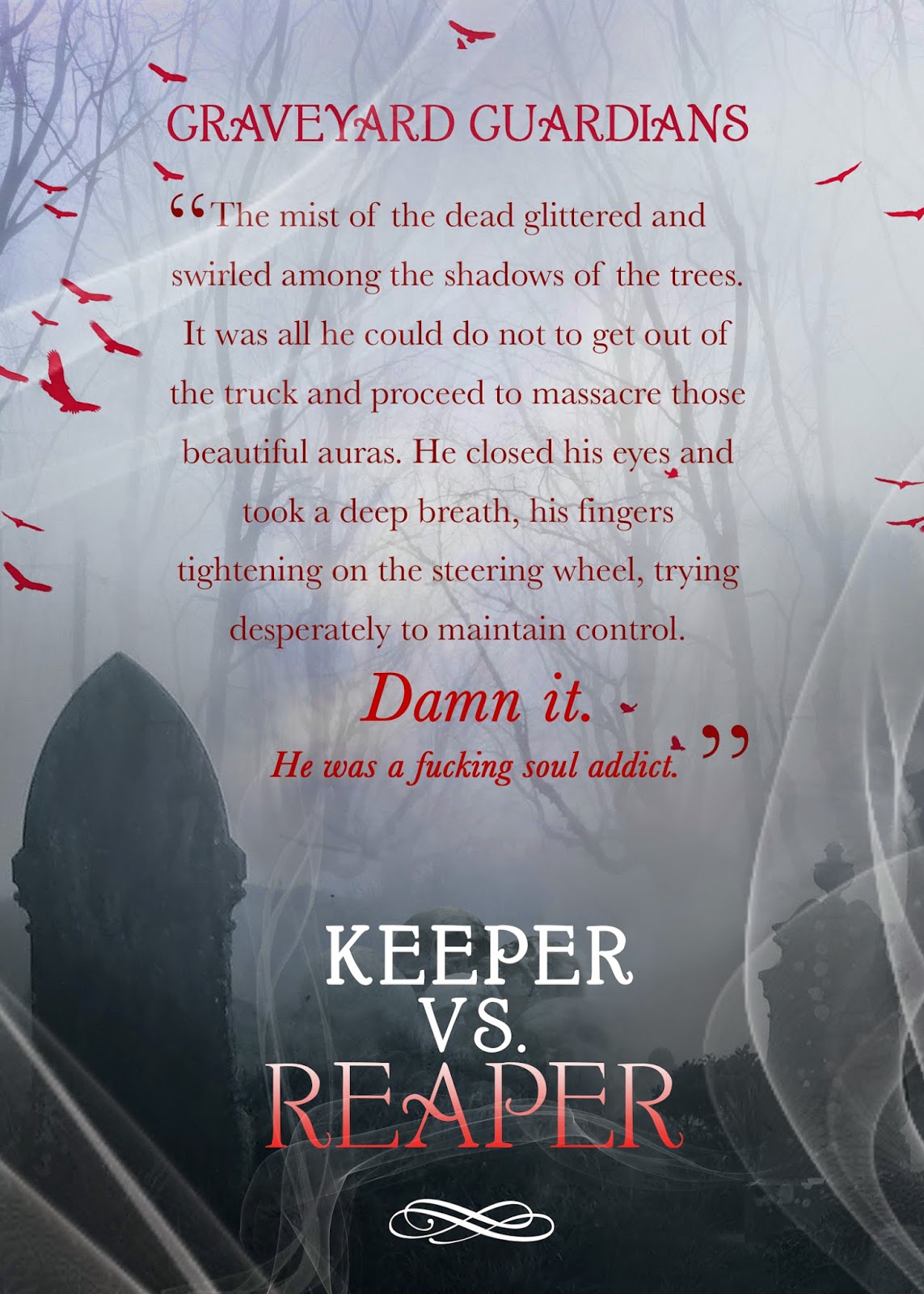 She resides in the beautiful mountains of northern Idaho with her husband and five children where she practices preparing for the zombie apocalypse. Just kidding!

But seriously, between the craziness of taking care of her children, Jennifer has little time left for herself. The time she does have left, usually leading far into the night, is spent working on her beloved fiction or chatting with her equally crazy friends.

Jennifer also loves coffee, has a passionate affair with red bull, wishes the sushi were better where she lives and dances while she cleans. 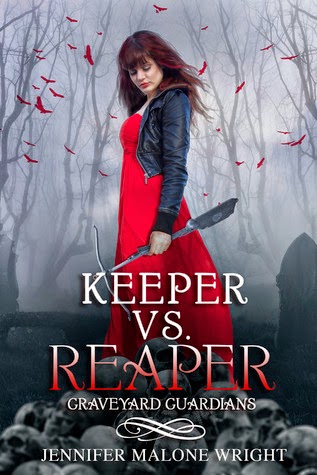 Keeper vs. Reaper
PreOrder at Apple and BN


When her father died, Lucy Mae Estmond inherited the family business. She has known all of her life that she would be in line to watch over the souls of the recently passed, keeping them safe from the Reapers.

The soul eating Reapers have been a plague upon the Earth, stealing souls and leaving the Keepers as the only thing that stands between Heaven and Hell. The factions despise each other and have warred for generations.

Then Lucy discovers an ancient legend predicting the arrival of the Chosen One, destined to bring forth an end to the Reapers. The surprises continue when she realizes she is that person. For Lucy, being the Chosen One doesn’t change much. Fighting Reapers is just another day in the life of a Keeper.

When she meets Jack Walker, they both realize they have an insane, mutual attraction. Too bad that he’s been sent to prevent the prophecy from coming true. His only mission: to kill the Chosen One.


“Yeah, I get that.” He took a swig of his beer and cringed. “Ugh. Can I get a shot of Jameson with this too?”

“I thought you tried to stay away from the hard stuff.” Her dark eyes penetrated him, looking for a reason that he would want to be drinking the hard A.

“Fine. But, because I’m your friend I’m only allowing you one shot then it’s back to the hangover beer for you.”

Friend. What a fucked up word. The F word for sure.

He gave her a twisted smile as she handed him the shot of amber colored liquid. “I don’t have any friends. Not anymore.”

She shot him a concerned look and put the Jameson bottle back on the shelf. “You do now. I think we hit it off as far as friends go. See, I’m going to help you out right now, just like a dude would. There’s Janette.”

“Are you fucking kidding me?”

Jack raised his eyebrows and shrugged his shoulders, then tilted his head back and slammed his shot.

Reese had her hands on her hips. “Janette. The girl you took home the other night.” She explained.

“Oh! You mean Janice.” He turned around to see who she was talking about.
“No, I mean Janette. That is her name, asshole.”

Reese shook her head and laughed. “You may be good looking, but you are the poster child for guys women shouldn’t date. I have no idea why I like you at all.”

With a smile, Jack turned around and wiggled his eyebrows, “maybe we should take that to the next level.” He was totally joking and she knew it. The two of them seemed to have a mutual no touchy code.

“Not a chance in hell, Casanova.”

Jack laughed and then once again looked over his shoulder at Janette. Now, that was exactly what he needed right now. Nothing calms the nerves after an attempted murder and a fight with your friend like a good night of fucking out the frustration. He grabbed his beer and got up off the stool.
__________________________________

Details for the Keeper vs. Reaper pre-order giveaway
-Entries will be accepted until September 1st.
- Winner will be chosen on Sept 5th.
-To qualify for the B&B stay you must live in the United States.
-You must be 21 years of age to enter and winner must be able to verify their age.
- Date of B&B stay is February 2015. The actual date will set by Jack and Lucy who will discuss it with the winner to see which days would be best for them.
- The custom wine and chocolate will be waiting for the lucky winner at the B&B
- The only items covered in this win are the cost of ONE night stay in the bed & breakfast, the wine and the chocolate, which will be waiting for the winner at the B&B when they arrive. Winner is responsible for getting to the location, spending money, meals, ect.
-Winner is responsible for any damages or incurred costs during their stay at the B&B.


How to Enter
To make this super easy, we are just going to do a rafflecopter, so click the link to enter. Again, I am going to state that you must be 21 years of age to enter and winner must be able to verify their age.

There are several ways to enter, however one is to pre order or purchase (after release on Aug 12th) Keeper vs. Reaper. Unfortunately, there is no pre-order for Amazon, but the iTunes / iBooks app and the Nook app are free to download. These apps can be used on devices like tablets, phones, and computers.
a Rafflecopter giveaway
Posted by StacyUFI at 3:00 AM