“Excellent…captures the same magic as the world of Bon Temps, Louisiana, and takes it to another level. No matter how unlikely or fantastic an element [Harris] might introduce into her pages it’s always down-home and believable. She’s the Mark Twain of things that live under your bed.”
—Houston Press
“As intimate and deep as the Stackhouse novels.”
—Library Journal 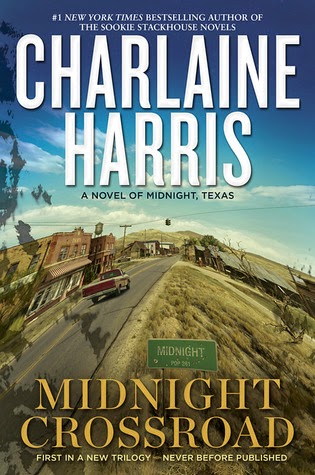 
Welcome to Midnight, Texas, a town with many boarded-up windows and few full-time inhabitants, located at the crossing of Witch Light Road and Davy Road. It’s a pretty standard dried-up western town.

There’s a pawnshop (someone lives in the basement and is seen only at night). There’s a diner (people who are just passing through tend not to linger). And there’s new resident Manfred Bernardo, who thinks he’s found the perfect place to work in private (and who has secrets of his own).

Stop at the one traffic light in town, and everything looks normal. Stay awhile, and learn the truth...

Charlaine Harris is the #1 New York Times bestselling author of the Sookie Stackhouse fantasy/mystery series, the Aurora Teagarden, Harper Connelly, and Lily Bard mystery series, and Midnight Crossroad, the first Midnight, Texas, novel. She has lived in the South her entire life.

In addition to her work as a writer, Charlaine is the past senior warden of St. James Episcopal Church, a board member of Mystery Writers of America, a past board member of Sisters in Crime, a member of the American Crime Writers League, and past president of the Arkansas Mystery Writers Alliance. She spends her "spare" time reading, watching her daughter play sports, traveling, and going to the movies.

Here's your chance to read a MIDNIGHT CROSSROAD before book two hits the shelves.
a Rafflecopter giveaway
Posted by StacyUFI at 3:00 AM