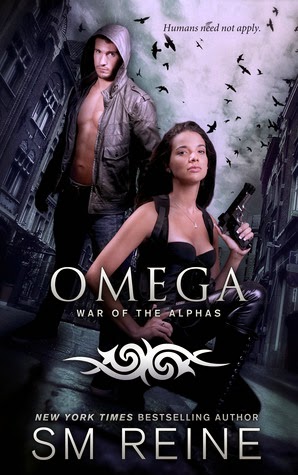 
Ten years ago, Deirdre Tombs died. When she was reborn the next day, Deirdre had become a shapeshifter who can't shift shapes. Nobody knows what animal she's supposed to be. She's definitely not a werewolf. The Alpha, Rylie Gresham, can't force her to transform like other members of her pack.

Now Deirdre is considered an omega, the weakest shapeshifter in the pack--a vulnerable position when Everton Stark demands tribute from Rylie. He wants to be the dominant Alpha. The only Alpha. And he plans to make her pack submit whether they want to or not. Stark can make every shapeshifter obey him by force of will alone.

Every shapeshifter except Deirdre.

The shifter who can't shift is the only hope for Rylie to win the war against Stark. It will take everything Deirdre has to survive undercover in his den. But can an omega's will be stronger than that of a charismatic, deadly Alpha like Everton Stark?


The beginning of OMEGA wasn't easy to get through. I was pretty lost until things started to be explained and the world started becoming a little more clear. If I had known that some of the characters were shared with a previous series of S.M. Reine's I probably would have read that series to catch up on the world building that I thought was missing in OMEGA.

I loved the mystery that was Deirdre. She nor anyone else knows what type of shifter she is and I spent the whole book waiting for her to shift or SOMETHING. OMEGA is labeled as an urban fantasy so there isn't a lot of romance but there is a bit of a love triangle between a good guy protector and the bad guy that seems to only want to use Deirdre. I wasn't exactly rooting for either of them, but I of course liked Gage better as a person.

I really disliked the ending of OMEGA. In fact just thinking about it now has me flabbergasted and wondering why I would even give book two a chance. I don't get it and I was left with a feeling of 'WTF?'. I'm hoping I misread the situation somehow and it will end up being very different from what was said happened. Wishful thinking maybe, but I enjoyed the rest of the book enough that I want to give book two a chance.