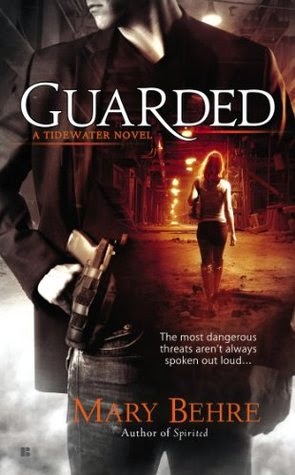 
She’s given up on finding love…

Veterinarian Shelley Morgan has always preferred animals to humans, and not simply because she can communicate with them psychically. Unlike most people she’s known, animals have never broken her heart. But after six months in her new town, some of her favorite four-legged companions begin disappearing from the local zoo. Determined to track down the animals and their thief, the telepathic vet decides to investigate, unknowingly delving into a deadly mystery…

Although his bear-like physique has been an advantage in the Tidewater Police Department, Dev Jones’s size often intimidates people. Only Shelley has seen past his massive build to the intelligent man inside, but that was years ago. So when she contacts him requesting his help to solve a series of animal kidnappings, he’s eager to reconnect with her. But the thefts escalate to murder and all the evidence points to Shelley as the killer, and Dev faces a devastating choice: forsake his career or risk losing the woman he’s grown to love…

Shelley and Dev share a past friendship but went their separate ways. Now Shelley needs help and she calls him in hopes he will be able to help her crack a case that's close to her heart.  When Dev receives an email from Shelley he doesn't have to think twice about riding to the rescue. Not only does he want to reconnect with the woman he had feelings for the past, he wants to help his friend Jules reconnect with her lost sister.

I thought the characters in SPIRITED were stubborn but they have nothing on Shelley.  A lot of her stubbornness comes from fear of having someone she loves walk away from her like they have in the past. She's scared that the sister she has been longing for or the man she is falling in love will break her heart when they eventually leave. She walls her self off so she doesn't have to deal with the pain. On the other hand she's pretty fierce. She can communicate with animals and the ones at the zoo keep disappearing. No one believes her when she says it's foul play but she refuses to give up on them and fights for what she believes.

Shelley and Dev pulled off the romance. There's instant chemistry on both sides even though there's tension along the way. Watching them grow on each other to the point that they refused to let go was a journey in its own, but they really fit well together and it showed. Shelley's ferret gave us plenty of comic relief when the three of them were together. I really loved the reunion between Shelley and her Sister Jules. You expect there to be a lot of crying and hugging but circumstances make it so much smoother than that. There are a lot of feelings on both sides but I was happy with the way things happened.

The plot flowed smoothly from situation to situation. The author did a great job of linking the book to the series but also making it feel like a whole new story. I really love all the investigative work both books have had and I'm really excited to see how the 3rd sister and book fits into the dynamics that SPIRITED and GUARDED has set up.